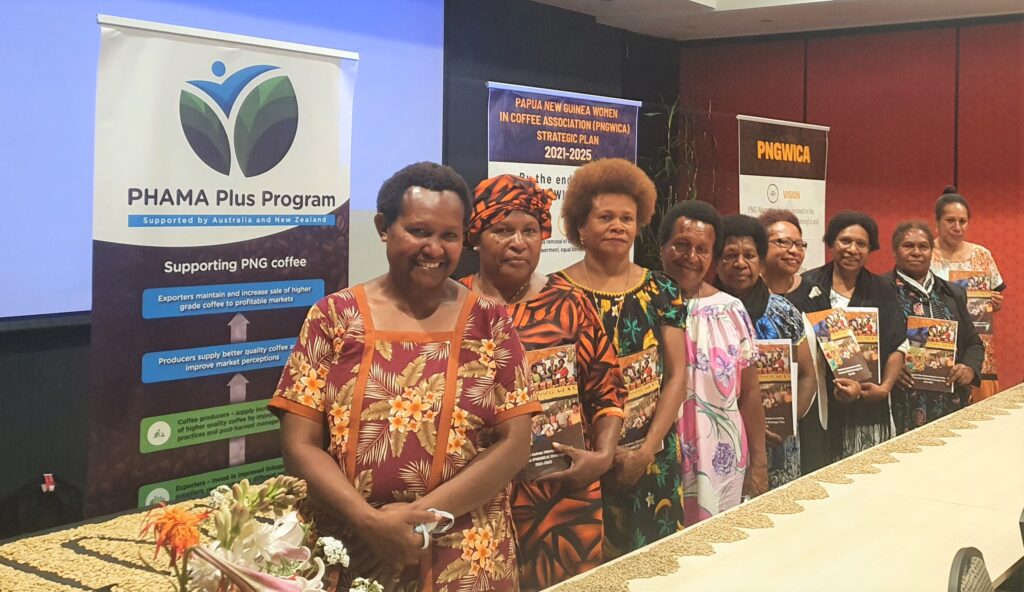 The PNG Women in Coffee Association (WICA) is stepping into the international scene as Papua New Guinea’s national chapter for the International Women’s Coffee Alliance (IWCA).

PNG WICA today signed a memorandum of understanding with IWCA to formalise the chapter, establishing a collaborative partnership for the empowerment of its more than 6,000 members who are coffee growers and women in coffee businesses including co-operatives.

It’s a milestone move for PNG WICA, being recognised as a credible and organized women’s group in the country with acceptance into a global network and access to members across 30 different countries. 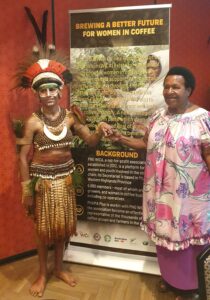 IWCA was founded in 2003 as a non-profit network of women’s coffee-producing organizations and now has 30 national chapters in both producing and consuming countries, including Australia. IWCA works internationally with its chapters and sponsors to improve awareness of women’s issues in coffee, and it has formed a task force that advises the International Coffee Organization, the main global intergovernmental organization for coffee, on the inclusion of gender activities in its work.

“The programs implemented by PNG WICA benefit its 6,000 members directly, so this MOU enables access to new program ideas, including hearing how other chapters have implemented activities in their respective countries. Becoming a chapter also contributes to the pride of members of the organization and the desire for more to join, knowing that they are in the same group as thousands of women working in coffee around the world.”

In early 2020, PNG WICA embarked on its goal of formalising its governance structure and organisational strategy which would put the association on track to meet IWCA chapter requirements. Despite the setback with COVID restrictions and closures, PNG WICA persevered in its pursuit, which has culminated in today’s achievement.

The Pacific Horticultural and Agricultural Market Access Plus Program (PHAMA Plus), funded by Australia and New Zealand, has been working with PNG WICA to build a vibrant and inclusive coffee industry with sustainable growth and new market opportunities. A key aspect of PHAMA Plus support has been the development of its strategic plan and the formalization of the IWCA PNG chapter.

“I’m excited because, for the first time in PNG’s coffee history, women in the coffee value chain have a plan, a road map to work with and draw guidance from. And it can only get better from here on,” Ms Pianga added.

“The collaboration between PHAMA Plus and WICA is a demonstration of the confidence that the Governments of Australia and New Zealand have in the capability of women for lasting sustainable change. It has paved the way for social inclusion and a more women-inclusive coffee industry. More possibilities will arise through WICA’s 5-year strategic plan.”

PHAMA Plus Country Manager PNG Sidney Suma said: “PHAMA Plus congratulates PNG WICA on this milestone achievement which will help strengthen its representation and value proposition to its members and enhance connections with other agencies such as government, development agencies and private sector.”

PNG WICA was first brought together as a group driven by similar ideals in 2012 with an inaugural conference in Goroka, PNG. The association entity was formally organised in 2016 and has continued to conduct meetings and program activities benefitting PNG women’s empowerment ever since. 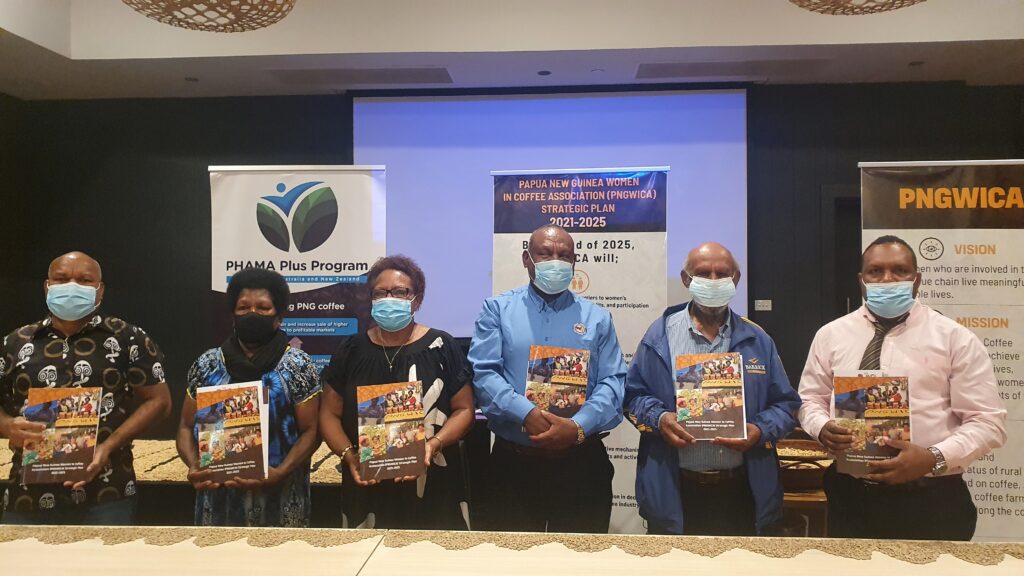 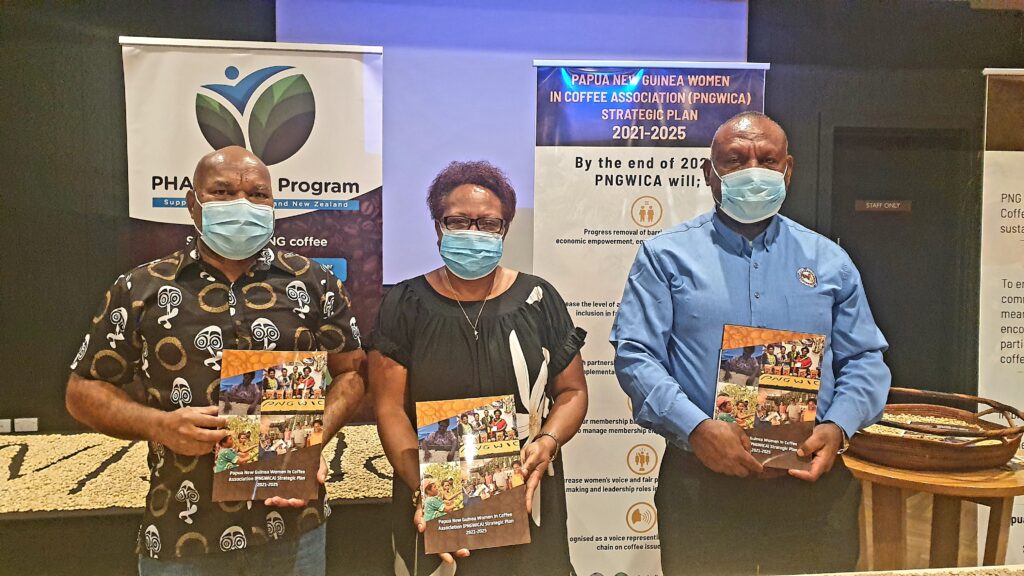 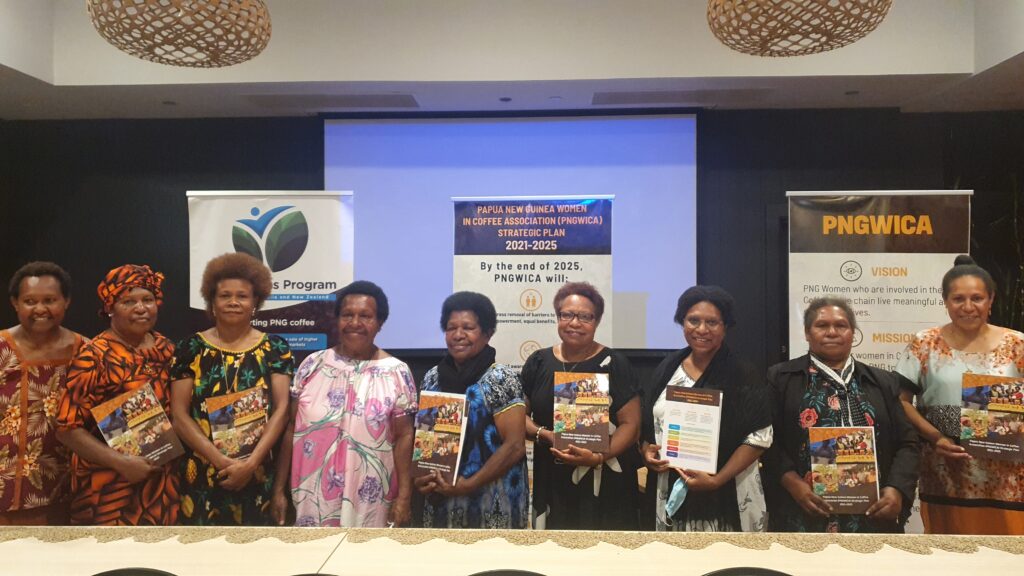