In the front line – Elaine leads the fight against ASF 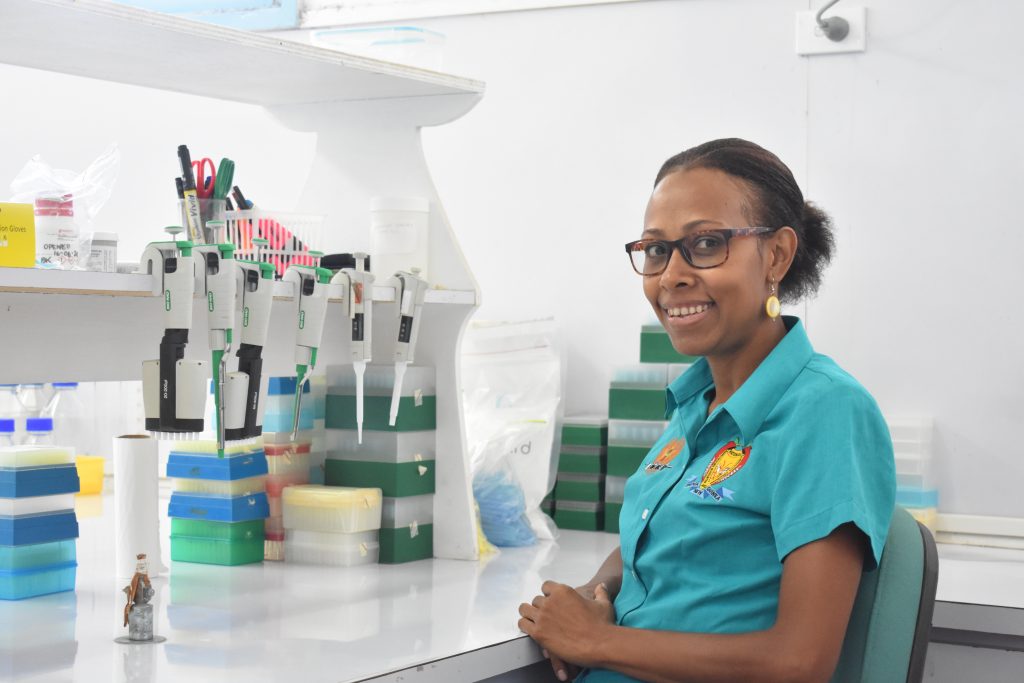 WHEN African Swine Fever (ASF) emerged in Papua New Guinea’s Southern Highlands Province in March 2020, Elaine Hevoho was one of the first workers to go on the front line.

Her task – to stop the pig-killing disease which posed a combined social, cultural, and economic threat to the largest country in the Pacific.

A Technical Officer with the National Agriculture Quarantine and Inspection Authority (NAQIA), Elaine – usually confined to a laboratory – found herself collecting and testing pig blood samples in the field as part of the immediate ASF response team.

These tests, combined with strategically placed road checkpoints around identified infected areas, has been critical to limiting the spread of ASF among the estimated 1.8 million pig population in PNG.

Long hours on the road and extensive travel around the local disease control centres at Mendi and Wabag have placed a tremendous strain on this single mother but she has managed to cope.

“The challenges and demands of my role in field work does sometimes affect my responsibilities at home with my two children,” Elaine said.

“But I have an incredibly supportive family, especially my mother and sister, who step in to take care of my children while I’m on duty travel.’’

The sacrifices made by Elaine and the NAQIA team have had an immediate effect on this disease for which there is no vaccine or effective treatment. 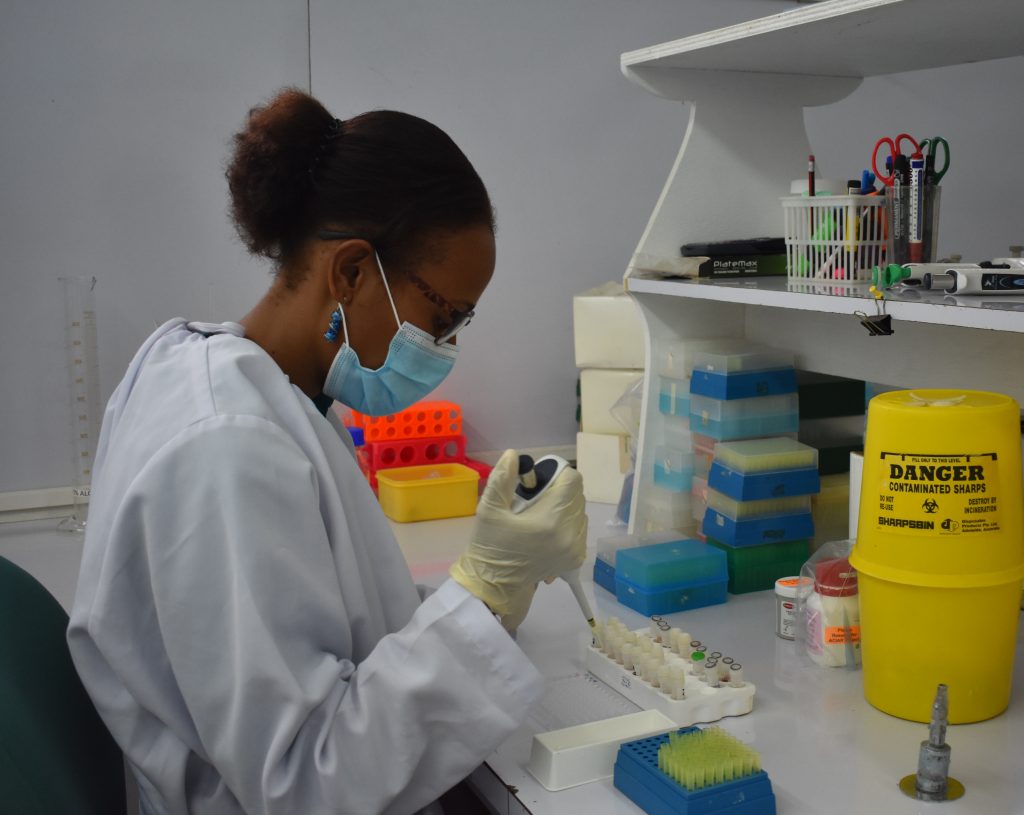 “Our work and containment efforts have been greatly boosted by the technical support and funding from our partners, particularly through PHAMA Plus and Australia’s Department of Agriculture, Water and the Environment,” Alu said.

Elaine first joined NAQIA as a cadet with the Technical and Advisory Division of NAQIA after graduating from Papua New Guinea University of Natural Resources and Environment (PNGUNRE).

“I completed a two year on the job training under this cadetship program and upon completion I was accepted for a Technical Officer position at the NAQIA Animal Health Laboratory (National Animal Health and Food Testing Laboratory) under the serology laboratory,” she said.

For the women biosecurity officers who have faced the ASF battle on PNG’s front line, the challenge has taken many forms in communities dominated by men.

“Just trying to fit in, trying to make your presence known so that you don’t feel inferior or unrecognised is a challenge,” Elaine said.

“Generally, men are usually seen as natural leaders, so being a female, we must hustle a lot more to get recognised, or even get heard. However, my male co-workers in the Animal Health Division are supportive and helpful in providing a conducive working environment for every worker. This has been a learning experience and the most rewarding part has been helping our people, especially in remote PNG, to protect their livelihood.’’

Pigs are essential in the celebration of marriages, funerary and initiation rites in many of PNG’s 7,000 cultural groups. Pig can also be used in exchange for services, debts, obligations and as rewards for personal feats.

But the health of pigs and animals in general needs to be more strongly addressed within communities.

African Swine Fever kills pigs. Learn more about #ASF, its symptoms & how to stop it.#PHAMAPlus, supported by the #PNGAusPartnership & #NZ, is assisting #NAQIA #PNGBiosecurity on a nationwide campaign to raise awareness on the pig killing disease in the country.#StopimASF pic.twitter.com/DSQMc3nayR