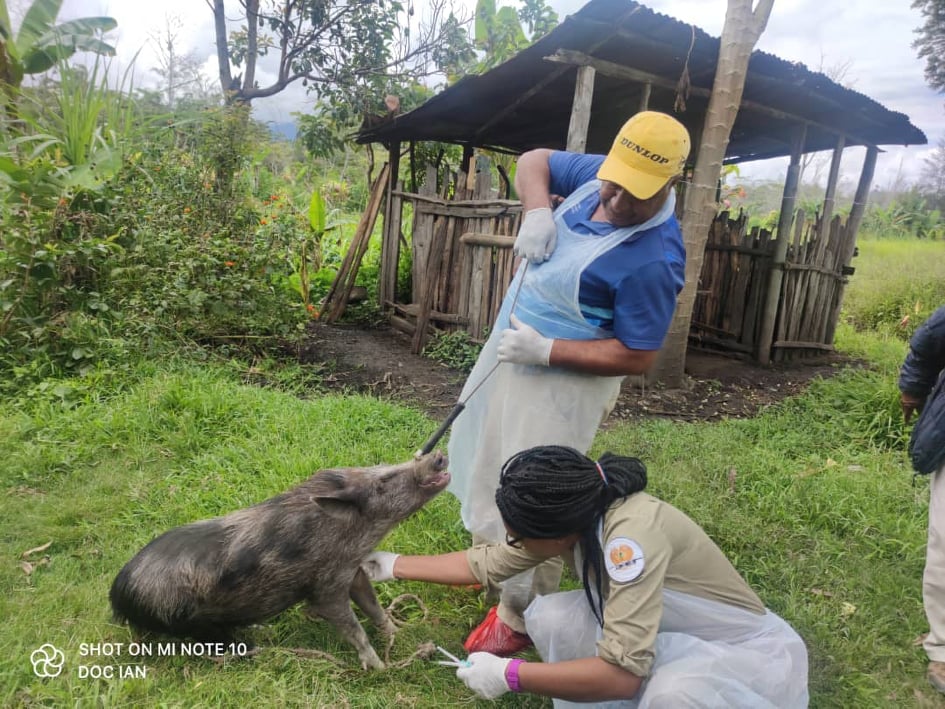 Since November 2020, Dr Areori has been working as the Regional Veterinary officer – New Guinea Islands (NGI) for the National Agriculture Quarantine and Inspection Authority (NAQIA). 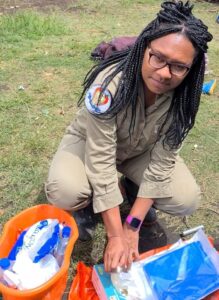 She is currently based in Port Moresby to learn from other animal health officers taking part in the African Swine Fever (ASF) response in the PNG Highlands – work that is supported through the Australia and New Zealand funded Pacific Horticultural and Agricultural Market Access Plus Program (PHAMA Plus).

Dr Areori graduated with a Bachelor of Science in Animal Biology from the University of Papua New Guinea in 2011. She started her career as an intern biologist with the PNG Institute of Biological Research; a wildlife conservation organisation that does biological research.

In 2015, she was accepted to study under the Australian Award Scholarship at the Veterinary Science School at the Charles Sturt University in Wagga wagga, NSW, Australia. Dr Areori described her first-year experience studying abroad as difficult, due to being separated from her 9-month-old son. However, her excitement to learn and pursue her dream motivated her through the rest of the year.

Her second year was the toughest as she began to feel separation anxiety and became homesick as there was only one other Papua New Guinean in the small country town and the commitment to studying veterinary science became quite overwhelming. Despite the challenging circumstances, she received support from the University, which encouraged her to complete her studies.

Growing up, Dr Areori always knew she would work in the science field as both her parents did. Through her fieldwork for ASF, she hopes to inspire other young Papua New Guinean girls and women to consider this field of work.

“I didn’t know I was going to be the first female vet in PNG but once I graduated, I realised how many doors that would open for many more young women who would like to go down the path but don’t believe in themselves enough,” said  Dr Areori.

More education and awareness from people in this field is needed to encourage more women participating in biosecurity.

In a male dominated industry, she believes NAQIA supports her and is pushing for gender equity in the workforce.

“Men and women have equal opportunities; everyone is allowed to do the fieldwork, and nothing is gender-biased.”

In addition to being the Regional Veterinary Officer for NGI, Dr Areori also works part-time as a project officer for Charles Sturt University. They have proposed a Para Veterinary Training project which is an online training program for para veterinarians.

“Through this training, women can improve in the areas of para veterinary, science and animal health,” said Dr Areori.

Dr Areori enjoys the fieldwork as she can engage with rural communities and share the importance of biosecurity and animal health to improve the quality of their livestock and increase the value of their income. She aims to be a role model for local women, inspire young people in the remotest areas of PNG, and contribute to and improve the work already done in the industry. 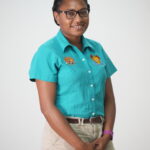 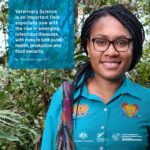 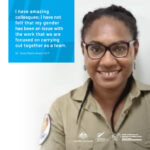 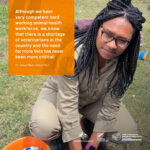